Even if you aren’t from Philly, you can tell the Philadelphia real estate market is booming. New construction commercial properties, smaller apartment complexes, and single-family town-homes are popping up not only in the city’s core but in all 4 corners of Philadelphia County. Over the last decade or so, Philadelphia has transformed into a top destination for foodies, historians, and travelers alike. National Geographic even featured Philly in its Best Trips for 2020 article! The city is booming for the better, and it’s been a long time coming. You might be wondering though – Why do so many of the new construction properties, especially in the single-family sector, look the same? Also, why are there so many we buy houses Philadelphia companies now investing in the area?

Let’s explore the process of new construction as a whole, as this will give a better understanding of the numbers and reasons why so many look the same.

Think about everything that goes into building a house. Not renovating a house, building from the ground up. There’s a ton that goes into the process, such as buying land, architectural drawings and surveying, sourcing contractors, picking out the finishes, and then actually selling the house to an end buyer. It is a costly, costly process that requires a ton of cash from start to finish.

Many developers buy the land they build on just like you’d buy your house to live in – off the MLS or Zillow through a real estate agent. However, some developers source their own land through various marketing strategies and through other investors. Many of the ‘We Buy Houses’ signs seen around the city are investors trying to source more houses and land for their projects. Most investors and developers can buy land for cash, and give sellers a quick and flexible closing. Investors will even buy a dilapidated house for cash and demolish the house and build a new house on the land. Land prices range anywhere from a few thousand dollars to hundreds of thousands of dollars, depending on the size, zoning, and location, location, location!!

Developers are mostly focused on specific neighborhoods that are not only abundant with opportunities for them to buy lots for cash but also areas where the returns are best. These neighborhoods have been seeing redevelopment over the last few years and are popular new construction hot spots: Brewerytown, Francisville, Sharswood, Point Breeze, Grays Ferry, Pennsport, Kensington, Ole Kensington, and Fishtown. An area like Old Kensington has exploded over the last few years due to this area being heavily zoned RM-1. RM-1 zoning allows developers to build multifamily properties. The amount of units that can be built is determined by the lot size. Developers, cash buyers, and investors must understand the Philadelphia zoning code in and out. Click here to download a very useful guide to the Philadelphia zoning code.

Some developers will build all across the city, while others will focus on just certain zip codes or neighborhoods. These developers will buy multiple lots on the same block and will combine parcels to build a small subdivision or condos. 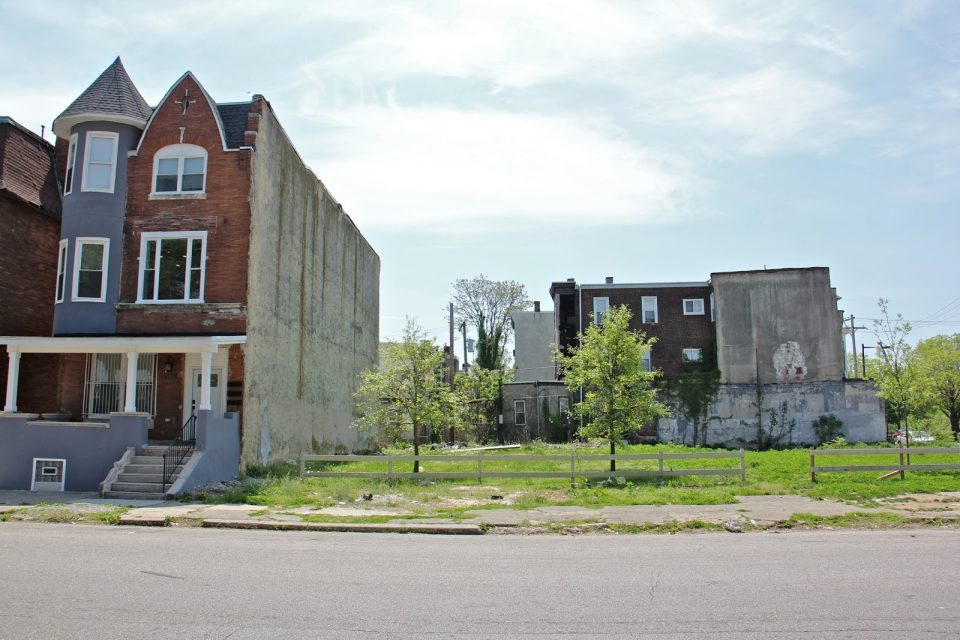 After they buy a vacant lot, they need to have an architect draw plans, which then get submitted to the city’s L&I department for review and approval. Sometimes there are zoning variances needed in order for a builder to construct their project, which is a timely and costly process.

Once the plans are approved, the developer needs to hire a contractor to get the property built. The average price per square foot to construct a typical Philadelphia house is $100-$155 according to HomeGuide.com. On a 2,500 square foot house, that is anywhere from $250,000 to $387,500!

Now that the house is built, they need to get the property sold. Developers hardly sell their houses without an agent, so closing costs and commissions will run the developer anywhere from 7%-9% on the sale price. Ouch! Don’t forget about holding costs and financing costs. Even though many investors and developers will buy land with cash, they finance the construction costs.

Now that you have an understanding of the process for building a property, let’s dive into why so many look the same.

Why Do Houses in Philadelphia All Look The Same?

These small lots were not Philadelphia founder William Penn’s original idea for cityscape and layout. He envisioned each lot being a 1-acre parcel in Center City! Read more about the history of lot sizes and Philadelphia’s row homes in this article published by Philly Voice.

These reasons for most of the new construction homes in Philadelphia may not be ‘groundbreaking’, – ah, see what I did there? –  but, it is thought-provoking nonetheless. If you are more of a fan of the older architectural style, there are plenty of rehabbers, like Brotherly Love Real Estate, that rehab old Philadelphia row homes and bring them back to life with modern touches but still preserve original detail. Check out some of their projects here.

If you’d like to learn more about Philadelphia architecture, check out the Philadelphia Historical Commission.